Moving toward closure of the skills gap in tech 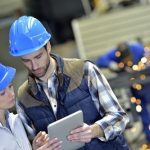 The role of AI in Industry 4.0 initiatives 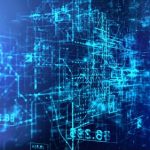 There is no denying the speed at which the tech sector is expanding. This is due largely to a combination of breakneck-paced development of new systems and platforms – artificial intelligence, the internet of things and so on – and a continuing surge in demand from businesses in other fields, which hope to expand their capabilities by adopting such advancements.

But is it easy to consistently hire the best tech talent necessary to manage such high-echelon projects? While some may disagree on the severity of the skills gap in the tech industry, most people in the field would concur that a gap of some kind exists. C-level staff at companies with notable tech needs must examine the specifics of their own skills shortages – as well as those affecting the sector more generally – and can turn to the experts at YES Partners for aid in recruiting optimal candidates for open positions.

The broader debate over skills shortages
In a piece published late in February 2019, Forbes contributor Joe McKendrick cited research from analysts Martha Gimbel and Tara Sinclair, who concluded that the tech skills gap had narrowed between 2014 and 2018 after analyzing tens of thousands of job openings and posted resumes from that four-year period. The researchers referenced advancements in the field of tech skill training and "[greater] emphasis on preparing workers quickly" as further evidence for their claim.

On the other end of the spectrum, there still exists a significant level of concern regarding shortages in specific high-end tech talents. According to a June 2019 survey by Harvey Nash and KPMG that questioned more than 3,600 chief information officers from all over the world, 44% of these executives are concerned that they have a skills gap in analytics, making it the most commonly cited perceived skills shortage. Cybersecurity and AI tied for the runner-up spot, with 39% of CIOs worried about deficiencies in these skills, while 34% expressed concerns about a lack of employees talented in enterprise architecture. (Interestingly, the analysis cited by Forbes, despite its positivity about the skills gap, confirms a paucity in employees with data analytics, software engineering and certain development skills.)

Bridging the gap
As is the case with many debates, the truth is probably somewhere in the middle when it comes to the skills gap: i.e., that while it's gotten easier to fill general IT staff roles and other tech positions requiring fewer niche skills, specialized talents are still hard for organizations to find. Some of this is to be expected, but it's not unreasonable for company leaders to have concerns about their ability to fill open tech positions with professionals who have elite talents in fields like cybersecurity, data engineering, software development and AI (and machine or deep learning, its advanced variants).

It will be prudent for organizations to seek help from the expert recruitment consultants at YES Partners for this purpose, as we have a proven track record of successfully finding executives and other high-level staff for even the most specialized tech positions. (To see some of the roles we have already successfully placed, click here.) At the same time, company leaders would be prudent to create an in-house training initiative – or bolster an existing one – so that experts in specific fields can readily share their knowledge with newer workers. This will help minimize the risk of businesses losing significant operational capabilities if and when veteran employees choose to move on to employment with other organizations.