Human error is responsible for half of industrial cybercrime exposure
January 22, 2020

The choice between external and internal hiring
December 31, 2019

3 ways to stand apart from other companies during the hiring process
December 12, 2019

New leadership may be necessary to boost engagement
November 14, 2019

Stay focused on organizational cybersecurity at all times
October 31, 2019
To find People is Easy, to find the Right People is not.

Why you should consider putting your CEO on a plane 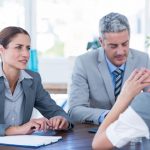 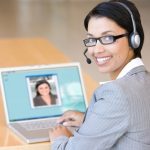 If your company is looking to expand, whether domestically or internationally, you'll need a CEO who is up to the challenge. While many executives have the knowledge or background to advise the process, the most effective leaders of international growth are those who are willing to get on a plane and be there personally.

In an article for VentureBeat.com, contributor Chen Levanon wrote about the importance of having a member of the c-level staff (preferably the CEO) on-site when pushing into new markets. She says that by being present in the new market, executives are better able to spearhead the establishment of the new arm of the business in a variety of ways.

One of the most visible benefits of hiring a CEO who is willing to relocate is that he or she will be able to shape the cultural development of the new location, which is more important in today's culture-centric world than ever. Having invested in creating a specific company culture in the primary location, Levanon argues, it only makes sense that rather than fostering an entirely new culture of their own, new offices should become an extension of the existing company culture. As a result, anyone walking into any of your company's offices around the world will have a similarly-branded experience.

Levanon also underscores the role the executive can play in recruiting for the new office.

"Entrusting the face of a company across the globe to a brand new team is serious business," says Levanon, who relocated herself as CEO of mobile performance network ClicksMob. "The company's new employees as well as the brand of the company benefit greatly from having the CEO overseeing those hirings."

Aside from helping culture take root, having the CEO on location during foreign market entry has its logistical benefits. Rather than trying to coordinate between managers who could be many time zones apart, having the CEO on-site will help boost operational efficiency from the start.

Whether the key to this solution is to find a CEO who is willing to temporarily relocate, or to recruit one who is from the area to which you are hoping to expand, working with a global executive search firm can help you see beyond your immediate surroundings and find talented candidates from all over the world.

Internet of Things: What trends to look out for in the 2020s
January 28, 2020 by E.J. Dieterle in Human Resources 0 Comments

New IoT innovations on the horizon in the 2020s will…

Continue
Human error is responsible for half of industrial cybercrime exposure
January 22, 2020 by E.J. Dieterle in Human Resources 0 Comments

Cybercrime that targets industrial infrastructure has the potential to severely…

Continue
The choice between external and internal hiring
December 31, 2019 by E.J. Dieterle in Human Resources 0 Comments

The hiring process is never a simple one, and one… 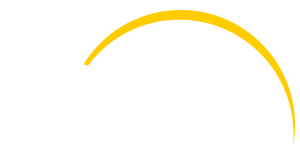