Cocky or confident? Telling the difference in your CEO 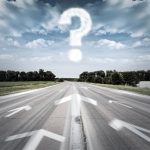 Choosing the right things to ask your future CEO 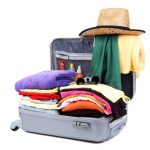 When it comes time to assess the qualities that a CEO candidate might have to offer, and the elements of their executive experience that might come across, you'll need to look at not just the most obvious elements of their resume, but also correctly interpret what you're seeing. This can come down to a moment in which what may seem like a strong personality might simply be arrogance.

While your CEO most likely won't be a recently graduated student, it's interesting to see that Inside Higher Ed has a new study showing students' own estimation of their worth in relation to the reality of their worth, with students identified as being more than 20 percentage points below as ready as they thought they were.

That can be something that you encounter in the working world, especially if a person goes through their life without encountering much criticism or resistance. Rather, it might be more likely for interested candidates to take their advice from Converse's CEO Jim Calhoun, who recently outlined his executive philosophy in an interview for Forbes.

Describing the sort of person that he prefers not to hire when confronted with such a moment, Calhoun unsurprisingly singles out selfishness as a trait to avoid.

"I think people who don't do well or who leave by their own choice are fixated on what's in it for them," Calhoun says. "Somebody who puts their aspirations above the business."

A high drive is something that can be a positive in certain situations, so a global executive recruitment firm should be called in to help your business find the best match in a saturated market.