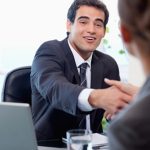 What the best retained executive recruitment firm can offer you
September 24, 2013 by E.J. Dieterle in Global Executive Search

Passion, as has certainly been noted many times before, can be a double-edged sword, and it can be difficult for companies who only expect an 100 percent flawless candidate to begin his or her CEO tenure. Along with a fiery determination to get things done comes the possibility that a manager will be brash, aggressive, or, as a recent Wired article puts it, "obsessive."

But there's a difference between a leader who applies scrutiny that isn't helpful and one who is merely driven to succeed, which could have positive repercussions as well. Executive recruitment services can be that deciding factor that helps less experienced boards and organizations figure this process out.

That article's subject is one particular "obsessive" who also created a very important invention: Melvil Dewey, who created the Dewey Decimal System, a major step forward for libraries. Writer Joshua Kendall compares the man to famous tech CEOs we know today and spells out the lesson we should take from Dewey in one paragraph rather neatly.

"Dewey's story illustrates how obsessiveness often powers achievements and how obsessive innovators solve problems for the world," he said. "But it is partly a cautionary tale, because his character disorder also led to his downfall."

While it's true that no one is perfect, as YES Partners has pointed out several times, there can be such a thing as a perfect fit. Every candidate will have their pros and cons, but with an executive recruitment firm working hand in hand with your company, you can try to limit the amount of negative qualities that you have to contend with.