Fundamental cultural differences and your CEO 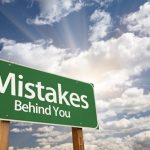 What ‘close calls’ can your CEO boast? 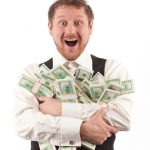 We can afford less and less to disregard the beliefs and practices that other cultures might have, seeing as there are fewer barriers toward interacting with them in a business setting.

There's always time for businesses to learn and grow, but how familiar your incoming candidate is with the heads of businesses from other countries might be an important factor that keeps your company from seeming too isolated and out-of-touch in foreign relations.

For starters, there's no telling where the best CEO for an open position at your company will hail from, and using a global executive search firm might open up your mind to other possibilities you previously might not have considered. But there's also fundamental customs and practices that your partners or other related companies may partake in that your company should be aware of to maximize the chances of them working successfully.

The New York Times has reported on the supposed use of mediums and divination by one Korean businessman as an example of a practice that American companies may find strange. Because this is apparently not an uncommon habit for business chiefs in South Korea, the difference in executive experience between cultures should be acknowledged and respected.

But aside from those situations, it is probably a pretty universal statement that a broad mind can be a useful thing in keeping your company active, engaged, and growing. With a global executive search firm like YES Partners contracted, your business can become more aware of things they might not have suspected were so important and build an image worth being proud of.