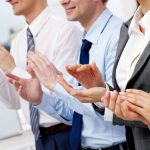 Keeping the best performers onboard 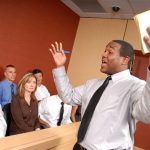 This blog has talked before about the different types of ways that a parting executive can sum up their CEO tenure and leave on a high note. For most of the outside world, this will be condensed into a statement or blog post that features the statements of the former CEO in question.

Usually, these moments are carefully composed and feature a sense that the person on their way out, though sincere, is making a formulated attempt to express themselves. But isn't there something to be said for letting the emotion of the situation take over?

Although we've seen what can happen to some extent when CEOs lose their better judgment, it can be worth it to watch the head of a company say goodbye in a way that is uniquely "them." Andrew Mason's farewell letter contained some slightly snarky language, but it also had the general sense of humor that he will be remembered for. In a similar fashion, we can look at Steve Ballmer's official goodbye, which can only be described as a performance, even though it seems to come from a very real place.

As one can see in the video taken at the event, Ballmer didn't just send out a memo or hold a special meeting: he took the stage in the Key Arena in Seattle, telling the thousands of Microsoft employees how grateful he was for the time he'd spent working for that company, encouraging them to feel good about working there as well and "soak it in."

But after all that, surrounded by co-workers and fans who reacted positively to his admissions, Ballmer announced that he wanted to end with a song that encapsulated how he felt about his service for Microsoft. That song turned out to be "(I've Had) The Time of My Life," made famous by the 1980's film "Dirty Dancing," which Ballmer admitted to being one of his favorite movies.

If he hadn't meant it, it's likely the audience would have known. One thing that executive experience can't make up for is the strength of character and transparency to be honest about yourself and display your "true colors" (an 80s song that Ballmer did not play).

It wasn't just the fact that Ballmer chose this particular song and said those soaring words about his time in his former job, then. What made the moment work is that it clearly came from a real place, and that Ballmer put his soul into it, as he ran around the arena, high-fiving other attendees and obviously overcome with emotion. Rather than seeming egotistical, it got the crowd on Ballmer's side for good.

When something like this happens, it can be a media firecracker, drawing attention from all sorts of outlets. Even if some want to be critical, there's no denying who the person in charge of such a display is and what they've done to cement their mark. And while it could seem so easy to make fun of someone for being this earnest, if the sentiment is there, others will support them.

However, making a big gesture at the end isn't a guarantee, and if a less-enthusiastic person attempts to pretend they're someone like Richard Branson, the results could damage their CEO tenure instead of celebrate it. And even though the person is leaving, there could also be some residual embarrassment to their former employer left behind.

Style is such a tricky thing, and the unprepared and inexperienced might miss it during the interview process. YES Partners can help your business pick up on the sort of person who really means what they say, and can be both productive and sincerely emotional in the right moments.