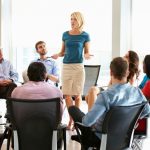 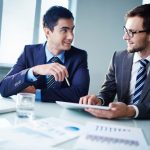 The CEO of Oracle, Larry Ellison, has been a major figure in American business for decades: In addition to being one of the richest CEOs on the planet, he has also been one of the busiest, taking part in company initiatives despite being 70 years old.

Now Ellison is stepping down from his role as chief executive, but he's not departing the company completely. According to a press release from Oracle, Ellison is staying on the board and will divide his position between two CEOs, former presidents Safra Catz and Mark Hurd.

Even though Oracle is a major technology company, analysts are now questioning whether or not it will flourish under a pair of CEOs instead of just one. After all, Ellison held his position by himself for decades, in addition to co-founding the company.

Writing for Reuters, Sarah McBride notes that this "co-CEO" approach brings with it certain connotations in the business world, not all of them positive.

"Many analysts believe a single CEO will eventually replace Ellison, be it Catz, Hurd, or perhaps another executive such as Oracle software head Thomas Kurian," McBride writes. "Reverting to a single CEO would bring Oracle in line with other software companies that have tried the dual track but subsequently abandoned it." She also refers to one analyst who called the situation of double CEOs "not ideal."

The decision of whether or not to use this model should be down to the individual company. If the executive board agrees on the kind of talent they want, an executive recruiter can find the right person for the job, whether it's for a shared or single post.