Are you missing out on future profits by not hiring today? 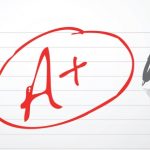 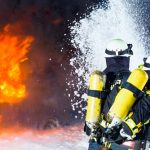 ERE.net recently reported on an aspect of the recent Facebook acquisition of the app What'sUp that companies considering new applicants might consider.

The story is that the popular app, created by Brian Acton and Jan Koum, has been sold to social media giant Facebook for billions of dollars. This is undoubtedly a major gain for them, as WhatsApp's ability to allow consumers internationally communicate for free will continue to make it dynamite among users and attractive to Facebookers and the public at large.

But as ERE's Dr. John Sullivan discusses, the success of WhatsApp might represent a failure on Facebook's part to detect this talent when the pair of them previously applied to work for them.

"You could easily argue that this colossal "hiring miss" cost Facebook billions, and as a result, this hiring error has to rank near the top "not hired" errors, only rivaled by HP's rejection of Steve Jobs for not having a college degree," he writes.

Sullivan goes on to point out how a company can miss profitability by not treating the "innovators" in its midst with respect. The arrival of the "next big thing" might be closer than you think: TechCrunch notes that in the wake of the WhatsApp purchase, the similarly-minded Telegram has seen more downloads.

Executive search consultants can provide value by helping firms zero in on those individuals who have the promise of great things, and not risk passing them over and losing a great opportunity. YES Partners can allow your business the means to single out "the cream of the crop" and avoid making a similar mistake to Facebook.