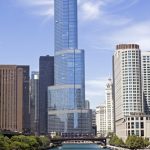 What can a CEO do when the founder makes a mistake? 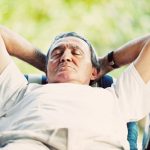 What are the most important bits of a CEO legacy?
November 14, 2013 by E.J. Dieterle in Global Executive Search

As soon as a departure from a company is announced, wild speculation might arise as to how and when it might happen, so much so that every ambiguity or small hint could set off more alarms for analysts watching your company's every move. This can become exhausting, but it might reveal, sooner than later, certain holes in your business succession planning that could require a boost of extra energy.

General Motors is one high-profile company whose chief executive, Dan Akerson, will leave soon, but from the sound of it, there's a good deal up in the air regarding succession planning. Even though there have been only a precious few facts given to the public and reported in the news, the business is insisting that it actually has a handle on its own planning initiatives for this sensitive moment.

It might just be that things will become more concrete and clearer to the public once more time has gone by and members of the company have had the chance to better understand their process and what the best next move might be for them.

Akerson is currently expected to leave next year, but no specific replacement has been announced. All the same, Reuters spoke to Selim Bingol of GM's communications department, who expressed confidence over the planning.

"We're very comfortable with our succession planning, which we have in place for all our key officers," Bingol said.

With executive recruitment professionals integrated into your succession planning strategy, you can hope to make a definite impression by making a strong, confident decision.