What are the most important bits of a CEO legacy? 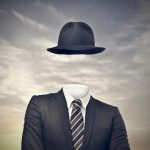 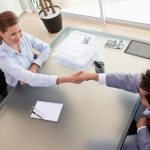 It's so hard to find the most memorable moments of any businessperson's career while it's still in progress: what is their biggest achievement and their biggest fault? Something that might seem significant now might not compared to the larger picture of that person's CEO tenure history in the past.

Roger Trapp recently touched upon this thought in a piece for Forbes in which he ponders the problem of considering the achievements of a person's past. It's seldom as easy as one might think, and according to statistics pulled from a recent study, nearly 20 percent of the CEOs of one selection of companies had at least one moment in their business career they'd prefer to not relive.

But is that really a bad thing, or is it a point of commonality that your executive recruitment services can use to help humanize a certain candidate?  It might be more useful to find someone who isn't so dependent on their own self-history as a point of pride or executive worth.

Look at Evan Spiegel, the founder of Snapchat who recently made headlines for refusing a multi-billion dollar deal to join forces with Facebook. There's a chance that this might come to be seen as a mistake, or not, but there's no doubt that his experience (or lack thereof) has played a role in the way that he has dealt with this situation.

And even if it turns out to be just a footnote in this person's history, there could be lessons to be learned later.

The point is, not every failure shows itself, and a younger person can still be capable of making key decisions. YES Partners will help your company come to understand this.