Companies may need to look outside to solve succession planning problems 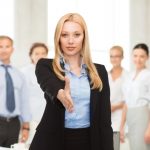 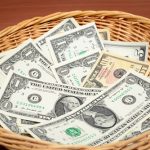 There might be all sorts of different ways that a company thinks it might be able to solve a business succession planning problem without bringing in outside help, but it's not always that easy. Somebody from within the company might seem a lot more like the right person for the position than they actually are.

Let's critically think about something Matt Mullenweg recently posted about in his own blog. Mullenweg is the founder behind the popular blogging system WordPress, which is owned by a company called Automattic.

Mullenweg is now taking on the CEO position of that company, and mentioned that he values the ease with which he and his predecessor will be able to transition between roles,

"Internally this isn't a big change as our roles have always been quite fluid, and I've had some recent practice filling in for him for a few months last year when he was on sabbatical," he said.

But writing for Quartz, Aimee Groth mentioned this in the context of another recent CEO change, asking the question of whether or not the position of the CEO can't be one that rotates. It's an interesting idea, but it doesn't take into account the fact that the best person for any given job might not already be present in you company, or even aware of it.

This is a fundamental reason behind the motivation that can jumpstart a relationship with an executive recruitment firm. YES Partners can break the internal chain of command by inviting someone else into the company rather than selecting someone just because they're close to the position.