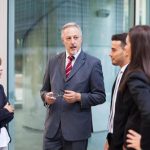 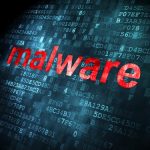 IoT security market expected to grow in the years ahead
December 21, 2018 by E.J. Dieterle in Startups

Executives in the autonomous car industry need to stay abreast of recent developments as we transition into 2019.

While 2018 brought many headlines and changes for self-driving technology, the industry is still fairly new and uncertain. Here are market considerations to keep in mind in the new year.

Learning from losses
The industry saw many new successful developments but also suffered some losses this year. One such loss was the death of a woman in Tempe, Arizona, in March, who was fatally struck by one of Uber's self-driving cars.

There was a safety driver present in the vehicle when the accident happened, but police reports and videos showed that the driver looked down at a phone many times throughout the drive.

Even though autonomous vehicles may bring a variety of added safety measures that will protect drivers, risks can still run high as the advancements are tested. The New York Times reported that the technology is still clearly in the experimental stage and governments are trying to figure out how to regulate it.

While Uber recently announced it will resume testing, TechCrunch stated, self-driving vehicle developers are no doubt taking more care in their testing practices.

Most car companies have plans in the works
Uber and Google are not the only companies that have skin in the self-driving game. CB Insights reported that Amazon and Apple are experimenting with these technologies, as well as major car companies, such as Audi, BMW, Mercedes, Ford, GM, Honda and Hyundai, among others.

Most brands say they'd like to have self-driving cars on the road by the early-to-mid 2020s.

Figuring out a new system
CNN Business recently stated that autonomous car companies may be smart to take note of how planes operate to find answers for autonomous cars on the ground. Zoox, a Silicon Valley startup, is apparently using aviation standards as a model for their self-driving vehicle program. The company claims that government safety regulations in the auto industry don't quite work for autonomous cars and that the emerging industry may need a better system that models the rigorous certification system of the aviation realm.

But, there are also problems with that reasoning, since airplanes clearly don't have to worry about pedestrian traffic, for instance. So the regulatory body that will need to govern safety regulations for self-driving cars may have to be a new thing altogether.

The bottom line for executives in this field – the new year is unlikely to bring all the clarity the autonomous car industry needs right out of the gate. The technology is still new and has a long way to go. But to stay ahead of the market, remember that mistakes will be made to learn from, and standards must be set by fusing a variety of industry practices.

At YES Partners, we make it easy to find someone who will help steer your company in the direction of innovation and navigate industry changes. To see some of the roles we have already successfully placed, click here.