Executive leadership is essential to the development of AI-powered vehicles 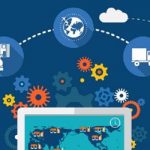 In retail, digital transformation is all about business goals 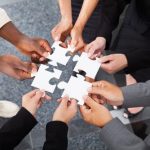 Why diversity matters in hiring
August 21, 2018 by E.J. Dieterle in Startups

The idea of a self-driving car has fascinated consumers for decades. And in recent years, artificial intelligence-powered vehicles have entered the spotlight again. Companies like Tesla and Google have worked hard to make what was previously science fiction a reality, but the results, so far, are mixed. In fact, the tests run by these companies have demonstrated to consumers just how far we have to go before we can completely turn the wheel over to automation.

Despite drifting consumer attention, we're closer to automated driving than we have ever been before. And even though the consumer "hype" might be slowing down, companies still need executive leadership that will pursue the innovation for future developments.

Part of this is likely due to the less-than-stellar results of autonomous driving tests from industry leaders like Tesla. As Filip Piekniewski, principal AI scientist at Koh Young Technology, Inc., wrote in his viral blog post, while there have been great successes in the field in the recent years, autonomous vehicles are still not road-ready. The reality is that the code required for full automation in driving is extraordinarily complex, and we are still a ways off from the dream of fully-autonomous cars.

Leading with the right people
Even though the "hype" around autonomous driving might be slowing down, companies still need to look for executive leadership that will pursue and actively develop innovations in the field.

A 2017 McKinsey discussion paper found that a company's successful adoption of artificial intelligence innovation hinges on several things, one of which is the enthusiasm of C-level executives. The chances of successful AI-powered innovations increased dramatically if they were accepted at all levels of an organization. Conversely, the chances of innovation decreased if executives didn't buy in and accept the necessary changes that need to be made to achieve lofty AI goals.

That's why it's essential for companies that are looking for new executives to hire people who are innovation-focused. They'll help push the company toward large-scale and successful AI-adoption. The payoffs can be high as well. McKinsey discovered that companies that successfully adopt artificial intelligence into their operations report, in general, profit margins that are 3 percent to 15 percent higher than their competition. This was true across almost all sectors surveyed.

At YES Partners, we make it easy to find someone that will help steer your company in the direction of innovation. To see some of the roles we have already successfully placed, click here.