How to maintain company culture while working from home
February 10, 2022

Remote work increases cybersecurity risks for organizations
January 13, 2022
To find People is Easy, to find the Right People is not.

How to tighten up small-business cybersecurity 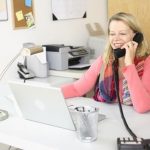 How to give your workers more work-from-home power 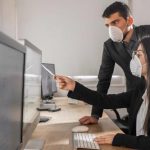 Easing into working from the office again
May 4, 2021 by E.J. Dieterle in Startups

For many small-business owners, the idea of suffering a cybersecurity attack or breach can seem far fetched: Why would someone target your small organization? However, few attacks are specifically targeted at all; cybercriminals cast a wide net and are pleased to ensnare anyone.

With that in mind, it's critical to beef up your security posture. No plan is foolproof, but you can greatly reduce your risk with the following steps:

Teach your employees the do's and don'ts

Often, small-business data breaches and hacks happen because someone under your roof clicks on something they shouldn't, according to Security Magazine. However, it's often difficult for people to fully realize the mistakes they're making, so you should train people to spot the warning signs of these attempts. That way, the odds of a mistake are greatly reduced.

Often, more direct attacks happen because someone in your organization has a weak password, or one that has been exposed in a different data breach, Security Magazine added. Require your employees to change passwords frequently, and use highly complicated combinations of numbers, letters and symbols that would be nearly impossible to guess.

Data breaches aren't always related to attacks or accidentally exposing the records for thousands of people; they can be as simple as one person in your organization viewing data they aren't authorized to see, according The Ame Group. As such, you should aim to keep tight controls on sensitive data so that only those who need access to them can view it.

Likewise, you don't want to have a situation where one of your authorized employees loses their phone or has their laptop stolen, and that device is loaded with sensitive information, The Ame Group advised. Either institute a strict bring-your-own-device policy or make sure this information is only accessible via approved, company-owned devices.

Another policy you should institute here relates to how printed materials are dealt with, according to National Funding. If, for instance, someone sees a printed-out file left on a conference room table after a previous meeting, it could give them information that allows them to access info they shouldn't. As such, you need rules around how that material should be handled — and whether it should be printed at all.

Invest in the right software

Finally, you can't go wrong with a robust system of data security software including firewall, antivirus and anti-malware programs, National Funding said. Assess your needs, do some research, and make this strategic investment. If it stops even one attack, it's paid for itself many times over.

Rely on the experts

Finally, you may not have the knowledge needed to understand your company's unique cybersecurity needs, and should bring in a pro. At YES Partners, we can connect you with IT experts to improve your posture. To see some of the roles we have already successfully placed, click here.

What executive positions are essential for every startup?

How does workplace recognition play into your company's employee retention…

Executive recruitment is more challenging than ever, but what can…