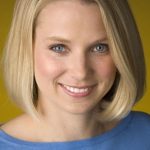 When CEOs receive the brunt of the blame 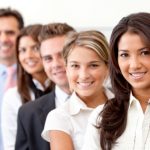 The future CEO of Microsoft is still in flux, but attention is being paid to the seriousness of filling this position. After Steve Ballmer's extravagant exit, there's clearly a lot of pressure for this company to find someone to fill the gap soon, with Bill Gates himself disclosing his concerns to Bloomberg Businessweek.

There doesn't appear to be much news to report on this front, other than the fact that the executive search process is going to take some time and that, though there may be some finalists chosen by the end of the year, Gates is in no hurry to establish a set timeframe. This makes sense: it's not uncommon for a company to want its global executive search to be a private affair that doesn't reveal too much of the process to the outside world.

But there is a danger in getting entrenched in one set means of procuring candidates, and with Microsoft such a huge market presence, there's undoubtedly many eyes on the way that this situation will resolve itself later on.

Writing for the Harvard Business Review, a trio of contributors including Dennis Carey, Ram Charan and Michael Useem​, talk about the tension between "outside" and "inside" approaches and who is in either sphere.

"Should Microsoft reinvent itself or stay the course?" they write. "Most insiders are likely to play to the latter since they have been deeply responsible for executing the departing CEO's agenda."

An executive recruiter can provide a new perspective that may lead others to find that "outside" candidate that makes a real difference to the quality of leadership that appears at the head of a company.