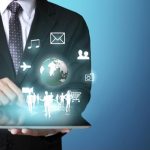 When it comes to executive searches, it may be time to go global 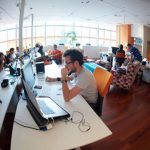 What to look for in digital transformation leaders
June 22, 2018 by E.J. Dieterle in Compensation Trends

From contactless payments systems to pay-at-the-table service stations, mobile payments systems are an increasingly common sight at the nation’s restaurants, particularly among the fast-casual segment. Their implementation have gone well, as eateries look to appeal to their diners desire for speedy service before, during and upon finishing their delicious meals.

So much so, a number of restaurants throughout the country are doubling down on mobility and connectivity by scrapping cash altogether, seemingly all aboard the digital currency train.

For instance, franchises like Dos Toros Tagueria, Sweetgreen, Tender Green and Shake Shack among the growing number of companies not accepting paper tender at several of their locations.

Leo Kremer, co-owner of the Dos Toros, which specializes in authentic Northern California-style Mexican cuisine, told The Associated Press that most of his clientele haven’t batted an eye regarding the cash overhaul.

“For the vast majority of customers, there’s no reaction at all,” Kremer explained. “They’re already paying with their cards. And the significant majority of cash customers don’t have any problem with it either.

“The digital era has revolutionized the way Americans spend.”

The digital era has revolutionized the way Americans spend their money. By virtually every statistical measure, cash is nowhere near as common a payment medium today than it was as recently as 10 years ago. Indeed, in 2016, approximately 87 percent of consumers paid for at least one item or service with paper currency, according to Blackhawk Network. While a clear majority, 93 percent of respondents paid with cash during the previous year.

What’s more, when people do use cash, it’s typically for purchases at or below $20, Blackhawk Network reported.

Cashless has cut down on ordering time
Although it’s unclear to what extent restaurants, in particular, are adopting cashless payment systems, the trend is taking hold. As reported by USA Today, restaurant owners and executives say the move has made a lot of sense for them because it reduces wait time and makes lines move much more expeditiously. At Tender Greens, a fast casual chain headquartered in Culver City, California, going cashless has trimmed the average ordering time by about 10 seconds. That may not sound like all that much, but Tender Greens President Denyelle Bruno told USA Today that every second matters.

“A customer doesn’t have to wait as long,” Bruno said. “It makes us competitive.”

All 28 Tender Greens locations are cashless, according to the AP, a move that the company says has not only helped to save time, but money, reducing fees associated with depositing money at a bank or renting armored trucks to securely transport cash.

Cashless restaurants making exceptions where necessary
Still, the cashless movement has met some resistance, particularly in certain cities. For instance in Massachusetts, it’s against the law for businesses to deny customers who pay in cash, a law that’s been in place since 1978, according to The Boston Globe.

Former undersecretary for the Office of Consumer Affairs Barbary Anthony told the newspaper that while there’s no denying younger generations are trending in favor of plastic or their mobile devices to pay for goods and services, companies don’t want to be in a position that forces consumers to utilize credit or debit.

“We probably need some kind of sensible regulation around these transactions to protect consumers,” Anthony explained.

Franchises with locations in the Bay State are taking the appropriate measures to comply. Sweet Greens President Karen Kelley told the Globe that this includes its operations in Boston.

“As we grow, we learn, and as we learn, we adjust: It’s all part of our mission to do right by our customers and our employees,” Kelley explained.

For the most part, though, organizations like Sweet Greens and others are sticking by their cashless policies, contending it’s more in line with what their guests want and enables them to focus more on high-quality customer service.

Executives are the ultimate decision makers in terms of what stays or goes. Leaders’ ability to tap into what their consumers want helps to inform these decisions. At Yes Partners, we can help you find the professionals you need to determine your company’s purchase payment methods.