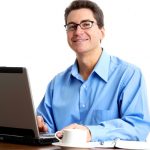 Head of Twitter flippant in response to outside criticism 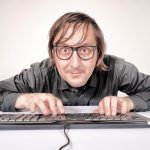 ‘Fitting in’ as a startup CEO
October 9, 2013 by E.J. Dieterle in Compensation Trends

When it comes to the way that the chief executive of your company is paid and what benefits they receive, differing opinions may exist within your company and among investors and shareholders. Bloomberg has reported that Oracle Corporation is struggling with this very issue as members decide what the proper compensation rates should be.

Disagreement seems to have emerged between an investment group that is arguing that the software management company should support a smaller salary and pay package for its CEO, who made more than $78 million in the previous year.

The company itself, on the other hand, seem to support CEO Larry Ellison's current rate of pay. This brings up the issue of which entities have the right to influence the decision on how this matter is handled within the business itself. CEO tenure can enter into the amount that a business values a certain performer and what they think the person deserves to receive.

It's a problem that can be made more pressing by other external factors, and many corporations large and small will have to ask themselves what their chief executive has or hasn't done to be worthy of a certain payment plan.

Through it all, the CEO does not have to remain passive, and can make sacrifices that say a lot about their approach to a situation. Jason Goldberg of Fab has said that he will ditch his salary entirely for the coming year, according to AllThingsD, in response to the drop in personnel the company is seeing.

In either case, the perspective of the CEO in question is important, and that can be determined by your business using the help of an executive recruitment firm early on like YES Partners.