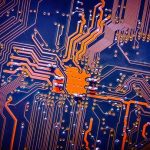 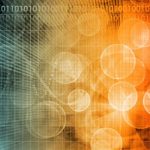 As the first quarter of 2019 comes to a close, one major factor regarding the field of autonomous driving has become clear: "Self-driving" cars are no longer a fatuous conceit or some sort of Silicon Valley gimmick, but have become a full-fledged reality. In the not-too-distant future, they'll be a semi-regular presence on the road, and with that frequency comes a number of concerns that motorists, manufacturers and tech experts alike must keep in mind. Additionally, while autonomous vehicles can move independent of human operation, the companies involved in their design and manufacturing still need strong hands on the wheel.

Scalable, responsible deployment
Autonomous driving started with Waymo in 2009 – then just a lark on Google's part, but now a full-fledged organization. The firm's chief technology officer, Dmitri Dolgov, made clear at the EmTech Digital Conference in San Francisco March 25 that the cars themselves are basically ready to deploy, but required planning to determine how they'd safely be integrated into motorists' everyday driving experience.

"The self-driving cars are here," Dolgov said. "This is not a matter of when or if. It is a matter of how fast we can grow and scale deployment of this technology in a responsible manner."

Dolgov added that decision-making and responsiveness to safety issues would all be crucial autonomous driving concerns, but believed forthcoming breakthroughs would address them.

Sensory and perceptive technologies
Autonomous vehicles are contingent on their sensory abilities. Along similar lines to what Dolgov explained, further advancements in these technologies – including cutting-edge 3D simulations of cars' surroundings and major improvements to cameras and sensors – are crucial to the vehicles' chances on the market, according to Electronic Design. The news provider also cited radar's status as a key cog in the safe operation of these vehicles, despite its age (greater than most other technologies in the cars).

Core power
Like any machine powered by computer functions, autonomous vehicles rely on the might of their processing. Electronic Design pointed out that the virtual drivers, and the machine-learning algorithms facilitating their operation as the self-driving car's central nervous system, may become standardized across the inventory of particular automakers.

Lacking forthright C-suite leadership is practically a death knell in a fluid market like autonomous vehicles. YES Partners can help you find the executive who will steer your company in the right direction. To see some of the roles we have already successfully placed, click here.