Signs of life from the CEO of BlackBerry 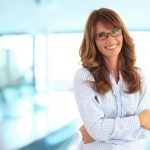 Finding a CEO who can stay focused despite discouragement When your business' CEO has to say something like "we're still around," it can be a tough and awkward moment that requires your business to be honest with itself and avoid looking like it's begging for sympathy in the public eye. This can be especially crucial when the company is perceived as having underperformed in recent years for whatever reason.

BlackBerry, which has become something of an electronics services punching bag in recent years with the rise of the iPhone and other such devices, has the reputation of lagging behind the innovations of its competitors.

To its credit, the company's CEO, John Chen, recently acknowledged this past perception but tried to turn it around with a statement published in CNET, in which he plays off the "rumors of their death" and attempts to focus on the future viability of his corporation.

But what can a global executive search firm contribute in times of difficulty? It's worth noting that Chen is serving as the "interim CEO" for the company. While Chen does try to focus on the things that make the company valuable, he can't avoid sounding somewhat belabored in moments like this:

"We know that BlackBerry devices are not for everyone," his statement reads. "That's OK. As we committed to earlier – we are more than just a device company."

Just because a CEO candidate is picked to serve for only a short period of time certainly does not mean that they won't have to put their name behind some serious moments in company relations. With a global executive search, you can feel more prepared for this eventuality than you might have before.