CIOs leading the charge in digital transformation
April 28, 2020
To find People is Easy, to find the Right People is not.

The importance of IoT security 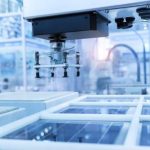 Improved communication and productivity via Industry 4.0 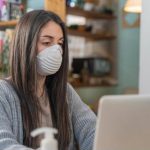 What could a chief health officer do for your organization?
June 10, 2020 by E.J. Dieterle in Global Executive Search

Over the span of the last decade or so, the internet of things has snowballed from an entirely feasible but infrequently deployed framework of networks and connected sensors or devices into a very common practice throughout many different organizations.

When Kevin Ashton coined the term in the early 1990s, he foresaw the ways in which the IoT's interconnectedness could be broadly beneficial, as TechRepublic noted, but it's unclear whether he foresaw just how advanced it would become. Some industries have been particularly receptive to the IoT, according to ReadWrite, such as manufacturing, robotics and the autonomous vehicles niche. Construction is also starting to embrace its possibilities, per IoT For All.

However, the technology – like virtually all others – is not perfect or foolproof. Security, in particular, has been an issue for the IoT, and it can be a serious one, carrying enough weight to affect whether or not certain organizations adopt it. It will be critical for everyone from C-level staff to new associates to develop greater awareness of these concerns and take them into account as various IoT initiatives are considered.

Juggling multiple technologies
IoT's use of many different technologies and devices to form its labyrinths of connectivity is both a blessing and a curse: It brings together not only computers, smartphones and tablets but also sensor networks, cloud computing infrastructure, virtualization, radio frequency identification systems and much more.

Where it gets complicated is that all of these devices and machines have their own distinct strengths and weaknesses in terms of security, as Maryville University pointed out – but a flaw in one host can quickly spread to the other endpoints with which it shares a network. (Technically, that can happen with any virus, but highly destructive malware like botnets can spread especially easily via the IoT.) To remedy these issues, uniform security standards must be adopted and strictly followed for all IoT-enabled devices.

The emergence of 5G
While there's considerable excitement about the forthcoming global availability of 5G mobile internet and how it could improve the IoT, the issue also raises notable security questions. The extremely high bandwidth and low latency of the format, critical to its signal strength, also leaves it more exposed to ransomware and botnets than slower counterparts, according to Security magazine. When 5G becomes the primary mobile web system, security solutions will have to be network-wide to properly protect IoT systems.

Future compliance concerns
Beyond security for its own sake, protecting IoT could become a matter of compliance in the near future. CSO reported that U.S. Senator Angus King and Representative Mike Gallagher, co-chairs of a federal cybersecurity initiative called the Cyberspace Solarium Commission, recently proposed a law mandating strong and consistent security requirements for manufacturers of routers and other network equipment. This could set a precedent for similar laws in the years to come, which organizations must keep an eye out for.

If you're seeking new leadership and prime talent to oversee a new, secure IoT initiative at your business, YES Partners can help. To see some of the roles that we have already successfully placed, click here.