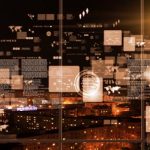 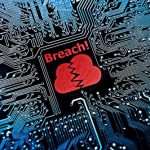 Stay focused on organizational cybersecurity at all times
October 30, 2019 by E.J. Dieterle in Global Executive Search

Autonomous vehicles are still not ready to be a regular presence on roads all over the world, despite claims by some of their most enthusiastic and vociferous proponents (like Tesla CEO Elon Musk, whom The Washington Post reported as having claimed that self-driving cars could be ready for widespread use by early 2020).

On the other hand, there were recently two noteworthy developments in this industry that could be significant enough to accelerate existing timelines for the vehicles' development and broad commercial rollout. C-level staff of businesses already involved with the field of autonomous vehicles – or considering moving their organizations into it – will likely find themselves intrigued by the possibilities that these events represent.

Waymo trials move to backup-free stage
The majority of trials and experiments with the underlying technology of autonomous vehicles – as well as the autos themselves – have occurred with the help of a major fail-safe: namely, the presence of human drivers in the cars at all times. This has been the case whether there were passengers in the cars or not (and in many cases there have been, especially in the most recent experiments). In late October, however, autonomous vehicle company Waymo made a fundamental change to this process by removing human backup drivers from the equation.

According to Reuters, certain individuals who have agreed to be "early users" of the autonomous vehicle taxi service when it is fully up and running will now be able to take test rides in Waymo cars that are operating entirely on advanced artificial intelligence and have no backup driver. John Krafcik, CEO of the Alphabet Inc. subsidiary, confirmed this to the news provider Oct. 28. Krafcik didn't reveal exactly how many people were taking these trips, but said it was at least a few hundred individuals.

MIT innovation to aid autonomous vehicle navigation
Just the day before Waymo's announcement, the Massachusetts Institute of Technology revealed that several of its engineers had devised a sensor technology to deal with one of the biggest hazards for any vehicle – blind spots coming around the corner. According to the MIT engineers behind the system, it's more advanced than LIDAR, which can only detect the presence of visible objects.

"For applications where robots are moving around environments with other moving objects or people, our method can give the robot an early warning that somebody is coming around the corner, so the vehicle can slow down, adapt its path, and prepare in advance to avoid a collision," said Daniela Rus, director of MIT's Computer Science and Artificial Intelligence Laboratory and co-author of a paper proposing the new system.

Advances like that will be crucial to any business looking to solidify a strong position in autonomous driving field, and so will strong leaders and innovative support personnel. YES Partners has the worldwide reach and diverse breadth of services to help organizations in their efforts to find the executives and additional talent they need. To see some of the roles that YES Partners has already successfully placed, click here.