Autonomous vehicles could be more widespread by 2030 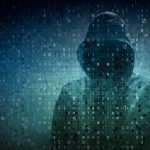 Cybersecurity threats to monitor in the pandemic era 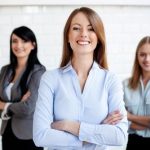 5 qualities and skills modern CEOs must have
August 18, 2020 by E.J. Dieterle in Global Executive Search

While some aspects of the autonomous vehicle world took a pause early in the novel coronavirus pandemic, development of supporting technologies has continued apace. However, even with companies doing more to train their driverless operation systems in virtual spaces, experts largely agree that only real-world experience will help vehicles become fully autonomous.

As such, it's expected that fully driverless vehicles without someone sitting at the ready in case of emergency will start to become widespread no sooner than 2030, according to new research from Work of the Future, a task force at the Massachusetts Institute of Technology. Even at that point, it's likely that use of such vehicles will be limited to major urban centers with the tech infrastructure to support their operation, and likely would not include regions where winter weather would consistently lead to more dangerous road conditions.

In the meantime
However, given that technology is still being developed, it's important for companies to make sure those autonomous-adjacent offerings are as effective as possible, but right now they aren't quite where they should be, according to a study by AAA. In real-world testing over more than 4,000 miles, vehicles with active driver-assist systems — such as lane assist, automatic braking and so on — had to activate every eight miles on average. Problematically, though, these systems did not often have the desired result.

Researchers found that braking systems often didn't detect obstacles in the road as soon as they should have to avert a crash, and lane-assist features often caused vehicles to drift too close to other drivers or guardrails, the report said. A previous survey from AAA found that only about 1 in 8 motorists today would trust a self-driving car, and Greg Brannon, director of automotive engineering and industry relations, notes that performance issues for the technology that is supposed to bridge to a self-driving future could undermine trust further.

Other tech getting there
It's worth noting that less active driver-assist safety features — such as lane departure warning, blind spot detection, backup cameras and even forward collision warning — are all largely effective, and increasingly standard-issue features in new vehicles, according to the Insurance Institute for Highway Safety. For instance, lane-departure warning reduced the number of such crashes resulting in injury by 21%, and blind spot detection reduced accidents by 23%.

The world of autonomous vehicles is exciting and ever-evolving, and if your company is involved in developing hardware or software for this corner of the tech world, you need to have all the right people on board. At YES Partners, we not only help you find them, but also bring them into the fold as seamlessly as possible, so both you and that industry professional are able to successfully grow together. To see some of the roles that we have already successfully placed, click here.