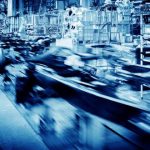 Industry 4.0 proliferating faster than ever in spite of COVID-19 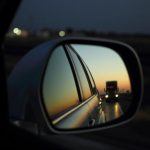 It is impossible to deny that the concept of digital transformation has caught fire with organizations across countless fields, in the private and public sector alike. Those that already possessed robust IT infrastructure and the strongest teams had a head start, but it didn't take long for plenty of small and medium-sized enterprises to get on board with such efforts at appropriately reduced scales.

Throughout the eruption of digital transformation, leaders in IT departments have taken on greater responsibilities than ever before – with chief information officers arguably holding the positions of greatest prominence in these projects. With IDC projecting that companies worldwide will have spent $2.3 trillion on digital transformation by the end of 2023, it seems reasonable to expect that CIOs and other C-level staff in IT will remain vital to their organizations in this way for the foreseeable future.

A shift in the CIO role
In the earlier days of IT, CIOs – like many of those in the departments they led – were thought of mostly as support personnel, assigned to keep digital operations running at an even keel so sales, marketing, account management, R&D, product manufacturing and any other primary departments would persist uninterrupted. According to MIT Technology Review, this perception of IT and CIOs became untenable, due to factors including a greater reliance on data analytics and widespread integration of tech into all departments (both internal and customer-facing).

Cynthia Stoddard, the CIO of Adobe, explained in an interview with the news provider that this development puts CIOs at the forefront of things in a new and highly beneficial way.

"People aren't buying products anymore," Stoddard said. "They are buying experiences. So our mission as CIOs is to empower the digital economy, which means a CIO's role becomes more relevant in today's world."

Broader integration and innovation across companies
One of digital transformation's key advantages is its ability to integrate the data and digital resources of multiple departments in an organization, so that they can be shared much more easily – which benefits all involved by preventing teams from becoming siloed. CIOs play an integral role in shepherding this greater level of unity across companies due to their existing mastery of data and its architecture, whether it exists in structured or unstructured forms.

Additionally, CIOs are in the best possible position to help spearhead the most essential initiatives for the full-scale implementation of digital transformation, which include greater leveraging of the cloud, DevOps automation and agile development, according to Forbes. Only with the vision and sure-handed guidance of qualified CIOs and other tech executives can such projects reach their full potential, and the recruitment consultants at YES Partners are uniquely equipped to help organizations find the best C-suite talent. To see some of the roles that we have already successfully placed, click here.