Lorem Ipsum Twitter
April 12, 2020
To find People is Easy, to find the Right People is not. 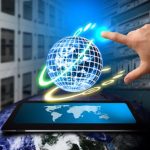 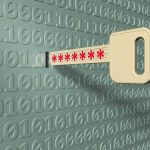 Is your business adequately prepared for cybersecurity hazards?
May 1, 2020 by E.J. Dieterle in Human Resources

There is no denying that the coronavirus pandemic has had a massively significant effect on the global economy. How this has manifested itself, however, is very different from sector to sector – and has sometimes varied widely between individual businesses in the same field.

The singular industry of autonomous vehicle development is one where some companies have paused operations due to economic or public health reasons. Yet others are still functioning in various capacities – and in one notable case, using the technology to provide valuable services in this difficult time.

Cruise uses driverless vehicles for food bank deliveries
San Francisco, known the world over as a major hub for tech development, was subject to stark economic inequality well before the coronavirus hit the U.S. in full force back in March 2020. The spread of the coronavirus's respiratory system disease, COVID-19, exacerbated the gravity of the situation by putting the city's homeless and low-income residents at particularly great risk.

Cruise, an autonomous vehicle firm in San Francisco owned by General Motors, moved to use its resources in direct response to that crisis. According to The Verge, Cruise's driverless cars helped deliver 3,700 meals to low-income families, in partnership with the local charities SF New Deal and the SF-Marin Food Bank. Although the deliveries paused temporarily after an eight-day period that started April 16, the company said it hopes to resume the efforts soon. This project allows Cruise to put successful testing miles on the vehicles while providing food to residents in need.

Ford suspends autonomous development entirely
Not all of the firms developing autonomous vehicles were in a position to operate on a limited basis as Cruise, including some of the most recognizable American automakers. For example, TechCrunch reported that Ford was pausing its driverless-car project and pushing back its expected launch date to 2022, a full year after the intended 2021 debut. The Detroit-based automotive giant stated that it needed to comprehensively assess how the pandemic would affect its revenue, as it reported a $2 billion loss for 2020's first quarter.

Waymo splits the difference
Like many of the other well-known companies developing driverless cars – Uber, Aurora, Lyft and Ford subsidiary Argo AI – Waymo shut down the majority of its operations for the time being, according to VentureBeat. But as one of the only firms that has road-tested fully autonomous vehicles with no backup drivers, the Alphabet-owned company is closer to public launch than many of its counterparts. Digital Trends noted that it was still running simulations at its usual pace to cover a wide range of situations the cars might potentially encounter.

While programs may be on pause, autonomous vehicle development remains a field of great potential. Organizations hoping to enter it will need the guidance of executives and tech talent to boost their chances of success, and recruitment consultants from YES Partners are ideally positioned to find such candidates. To see some of the roles that we have already successfully placed, click here.

The possibilities of Industry 4.0 are all but endless, but…

Continue
Do you need a CIO, a CTO or both?
May 29, 2020 by E.J. Dieterle in Global Executive Search 0 Comments

It's important to determine exactly which type of leader you…

Continue
Is your business adequately prepared for cybersecurity hazards?
May 20, 2020 by E.J. Dieterle in Global Executive Search 0 Comments

Your organization might need to make certain adjustments to bolster…