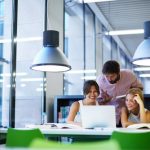 New leadership may be necessary to boost engagement 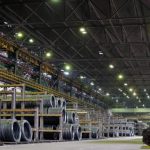 Cybersecurity must always remain an issue of great concern for businesses all over the world. As of Nov. 13, 2019, there have already been 1,272 breaches exposing more than 163 million documents and records in the U.S. alone during the current year, according to the Identity Theft Resource Center. The global numbers are, without a doubt, far higher than the American total (which is alarming enough).

It'll be extremely important for organizations to be cognizant of – and keep an eye out for – certain burgeoning cybersecurity hazards in the new year and beyond. Here are some of the biggest risks everyone in your business, from C-level staff to entry-level personnel, should be concerned about:

Burgeoning ransomware threats
2018 and 2019 saw two large-scale ransomware attacks – in which hackers threaten to destroy data or systems in exchange for a payoff – on American cities: The first hit Atlanta in March 2018, the second devastating Baltimore in May of this year. Both incidents cost their respective city governments millions of dollars even when the ransom is much less because the recovery measures necessitated by such attacks are expensive to implement, according to Built In.

Although cybercriminals who threaten businesses and governments with ransomware usually don't impose massive sums to increase their chances of getting paid, there's no reason to think hackers would stick to such a code. And no matter what happens, ransomware can deal any organization a devastating blow.

Diversified phishing
One of the better-known cyberattack types, phishing died down briefly but returned with a vengeance in 2019, according to Business 2 Community. Since it now exists in different forms – being transferable via text messages or live calls as opposed to emails – phishing scams are easier than ever for malicious online actors to deploy and cheat people and businesses out of their information. Organizations must have phishing countermeasures applied to all devices now, not just desktop or laptop computers.

Biometric infiltration
In theory, biometric security measures should be extremely hard to hack because duplicating retinal imagery is no easy feat. However, Security Boulevard noted that if the biometrically gathered data and authentication tokens used with such systems are left unprotected, hackers can capture these assets and wreak havoc.

Third-party attacks
The internet of things is justly celebrated for the connective tissue it creates between businesses, their staff and all of their devices. But if just one entry point has security flaws, it can be compromised and the entire IoT network becomes vulnerable as a result. It's critical that IoT-driven businesses implement rigid security protocols for all staff.

YES Partners specializes in executive recruitment to find leaders who can oversee the sort of comprehensive security measures that are essential in this tech-driven and risk-filled world. To see some of the roles that we have already successfully placed, click here.