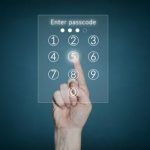 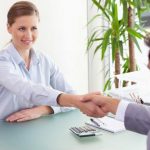 3 ways to stand apart from other companies during the hiring process
November 27, 2019 by E.J. Dieterle in Foreign Market Entry

A few years ago, Industry 4.0 was just another buzzword, but now, there's no doubt of its legitimacy. According to Forbes, it is a genuine successor to the industrial revolutions of decades and centuries long past.

Several recent developments taking place across the globe could be stepping stones to further expansion of the high-tech philosophy. C-level staff of businesses whose operations involve (or may soon adopt) Industry 4.0 tenets should take a look:

Major moves in Europe
Despite some slowdowns and concerns stemming from global trade conflicts, heavy industry is undeniably a key aspect of the European economy, especially in Germany. So it's little surprise that a manufacturing giant like Bosch would begin plans to open 5G mobile local area networks at its facilities, as Mobile Europe reported. Company leaders believe 5G could bring incredible speed to Bosch's factory processes.

Meanwhile, in London to the northwest, shop floor digitization firm 3DSignals announced its entry to the ranks of the Open Industry 4.0 Alliance. More than 40 firms across Europe and beyond are already part of this group, including Beckhoff and SAP, and its mission of facilitating development for genuinely "smart" factories seems more feasible every day.

Nokia pushing Industry 4.0 in Brazil
According to Fierce Telecom, Nokia recently partnered with Brazil's National Service for Industrial Training in an initiative to bring the tenets of Industry 4.0 to Brazil's up-and-down but still-promising economy. Although just 30% of Brazilian manufacturers have started adopting the cutting-edge philosophy, 79% believe it will positively impact business and 90% think it can boost productivity.

Wire and cable market growth
No matter their location, tools like RPA, AI and IoT require stable connections to tie disparate machines together. As such, the promising surge in the wire and cable market, detailed in the latest Thomas Index Report, is a good sign, with its value poised to reach $232 billion by 2025 at a 5% growth rate.

Bold leadership will also be essential to companies' success with Industry 4.0 projects, and management consultants at YES Partners are experts at finding such talent. To see some of the roles that we have already successfully placed, click here.