How managers can give better feedback 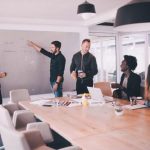 What a good startup needs to succeed 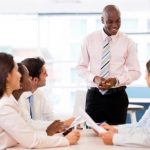 Giving negative feedback is one of the hardest part of any manager's job, but it is an essential part of helping your team members overcome their weaknesses and strive to reach their full potential. For that reason, it's vital that team leaders do what they can to ensure their feedback is not taken negatively and instead empowers employees to improve on their own.

The following tips should help you do just that and get the right message across:

1) Write out what you want to say

Any time you're having a discussion about performance — either positive or negative — with an employee, it's a good idea to get your thoughts in order, according to the Society for Human Resource Management. Sit down and write out the broad strokes of what you want to touch on, and keep those notes handy for the meeting itself, so you can refer back to the things you want to highlight.

2) Be ready for feedback to come the other way

When you're talking to an employee about their performance, they may sometimes get defensive and say what you (or others) could have done better. In fact, some of that criticism may be perfectly valid. As long as you can continually steer the conversation in a constructive direction, it's not a big deal.

3) Make respect a key part of the conversation

Along similar lines, it's a good idea to make sure you are coming to the conversation from a place of respect and mutual understanding, according to The Muse. After all, you have to keep working together and you want no hard feelings to come out of this conversation, so it's important to make sure workers feel valued even as you give them a little bit of necessary direction.

It's one thing to say, "We think you need to shape up/work harder/put in that extra 10%," or something along those lines. But it may ultimately be more effective to give examples of areas where their issues held back team or individual performance, The Muse added. Taking this approach can lead you to talk about what could have been done differently and allow team members to see how their work affects others.

5) Work together on fixing the problem

Generally speaking, if you're giving someone feedback that might not be easy for them to hear, it's important to bring them into the conversation about finding a solution, according to Impraise. Don't just give them ultimatums: Work together to see what can be done in the short and long term to correct course.

It's likely that this kind of conversation won't just be a "set-it-and-forget-it" proposition, Impraise advised. Instead, you might need to check in a week, a month, or a quarter later to ensure everything went as planned.

As a team leader, you want to make sure everyone you hire is the right person for the job. That's where YES Partners can help. To see some of the roles that we have already successfully placed, click here.