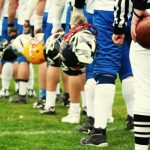 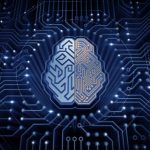 How AI Will Affect Business In The New Year
December 27, 2017 by E.J. Dieterle in Global Executive Search

We may not live in the robot-populated utopia imagined by Isaac Asimov many decades ago, but robotics continues to make significant inroads into the industrial sector. Overall robot capabilities have expanded in recent years and there is a consensus that automated processes will make industrial-centric workplaces more efficient and more profitable.

Design News reported that 2018 will be the year that companies see a return on their investment in robots, with the relatively full employment environment in the U.S. contributing to the increased use of machines in low-skill or logistics tasks. Robots are also becoming easier to configure, which means that industrial enterprises can introduce robotics from the ground up.

This increased integration is good news for the robotics industry as a whole.

In an interview with the news source, Fetch Robotics CEO Melonee Wise said that companies are seeing an ROI of three to nine months when they introduce robots into the workforce. In addition, robot sales in the first nine months of 2017 showed a year-on-year increase of 32 percent, with lower purchase prices for automated workers being a key factor, Design News said.

Robots are happy to take on mundane tasks.

An oft-cited complaint is that robots take the place of physical workers. The truth is that the potential for job displacement is actually reduced thanks to the tireless nature of the machine itself. Robotics is perfect for an industrial production line as it allows companies to move workers to other tasks that are arguably less mundane.

According to the Association for Advancing Automation's director of communications, Bob Doyle, introducing robotics to an industrial production line is something of a no-brainer. Once considered the sole province of the automobile industry, the affordability of robots has meant that they are becoming more common in, for example, the food and consumer goods sector and logistics.

The adoption of robotics will mean that companies need to have executive team members who ideally have experience with both programming and system operations. We are not suggesting that organizations appoint a chief robot officer or someone familiar with Asimov's three laws, but there will be a requirement for executive leadership that appreciates the skills that an automated workforce brings to the table.

YES Partners can help you find the team members you require. Our executive search consultants can locate forward-thinking business leaders that can ensure companies of all sizes achieve ROI in robotics.