Tips for finding a leader who aligns with your company
June 2, 2021

5 things you need to make your startup successful
March 18, 2021
To find People is Easy, to find the Right People is not. 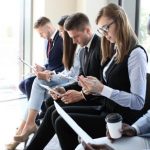 The war for talent is still on 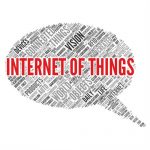 Robots are emerging as players in many industries. Autonomous vehicles are disrupting transportation and logistics. Industrial robots are emerging in manufacturing and warehouses. Robots are even being developed as social companions for the elderly in some markets. This list could go on. However, one common problem has long held robotics projects back from hitting the mainstream: Robots and humans don't typically work well together.

The problem with the robot-human dynamic
Imagine you have a robot programmed to stamp metal. It has a single arm that presses down on the metal with pressure and heat. Then a person working nearby accidentally gets into its path and it confuses the person for an item in need of a stamp. The potential for disaster is severe. Many industrial robots are typically located in cages or kept separate from humans for just this reason.

Automating more tasks or using robots in a wider range of settings means they need to be equipped to interact with humans without nearly as much risk.

Setting a baseline for human-robot interactions
According to a Robotics Business Review report, artificial intelligence advances could hold the key to making robot-human interactions safer and more valuable. As things stand, robots need stronger AI to help them analyze the environment around them and do a better job responding to what is happening rather than following rote programming.

"Robots could allow for automation that empowers human workers to operate at their best."

A project from Humatics put this type of advance into perspective. The MIT Technology Review explained that the organization is working on a radar system that will empower robots to respond more precisely to what is happening around them. The indoor radar is aimed at providing an extremely accurate reading of the environment around a robot so the device can clearly identify objects in its surroundings and do a better job of pinning down the location of humans, reducing the risk of accidental injuries.

Robots could allow for automation that empowers human workers to operate at their best. As companies work to respond to the potential of robots, they need executives who can help them navigate the developing technology market while adjusting organizational goals. YES Partners makes it easier to find such skilled leaders through our global recruitment services.

Tips for finding a leader who aligns with your company
June 2, 2021 by E.J. Dieterle in Global Executive Search 0 Comments

In the business world, leadership starts from the top down.

Continue
What’s the state of small-business AI adoption?
May 20, 2021 by E.J. Dieterle in Startups 0 Comments

Artificial intelligence has certainly become a bit of a buzzword…

Continue
Easing into working from the office again
May 11, 2021 by E.J. Dieterle in Human Resources 0 Comments