The rise of remote working and how companies should approach it 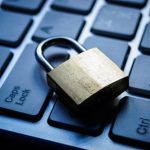 4 common mistakes that leave an organization vulnerable to cyberattacks 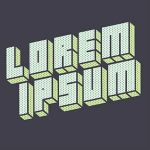 Remote work is becoming a popular trend, thanks to new technologies, cost-cutting measures and public health concerns. According to Buffer's 2019 State of Remote Work report, 99% of workers wish to work remotely at least some of the time for the rest of their careers. This newfound interest and feasibility has executives everywhere at the very least considering the possibility of letting employees work from home.

Several unique factors have contributed to making remote working practices more common. The first and most obvious reason is the advancement of various technologies, especially the internet. With the level of interconnectedness the internet brings to everyday society, and the near-ubiquity of the technology in households across the U.S., much more work can be done from the confines of a domicile than in the past.

The internet, of course, is not that new – what has truly made this paradigm shift possible is advanced computing technologies that make remote work just as efficient as in-person labor. For instance, the internet of things connects many disparate devices to a single network, allowing meetings to be held and work to be updated in real time despite the lack of on-location presence. Obviously, the era of dial-up didn't lend itself to this sort of bandwidth-heavy activity that now makes working from home feasible.

Another development that has contributed to the rise of remote working is the classic issue of the daily commute. The appeal of being able to get out of bed and simply start work in a home office, without having to drive for an hour on a crowded interstate, is hard to overstate. Also relevant is the rising price of real estate in many major cities. especially for young workers, working from home is an option allowing them to save a big portion of a paycheck that otherwise would have gone to both vehicle or public transit costs and rent, according to TechRepublic.

Many companies are pondering the idea of remote work and trying to decide if it would be a good fit for their business. Executives consider several major aspects of a companies operations when implementing work from home measures, including the nature of the job in question. For example, roles that are heavily computer-based and rely on little in-person coordination, such as data entry, programming and IT, are obvious candidates for remote working. However, client-facing roles are not necessarily a good fit, as it is hard to reconcile their personable face-to-face nature with remote work. Videoconferencing can only do so much to forge a connection between a company and its partners or customers.

Other aspects executives consider include the cost need of holding office space, public health concerns, security and compliance issues and others.

YES Partners has the worldwide reach, expertise and diverse breadth of services to help organizations in their efforts find the executives they need to excel in an economy frequently inundated by new technology. To see some of the roles that YES Partners has already successfully placed, click here.