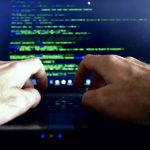 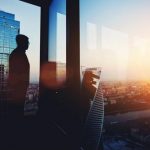 Turn to YES Partners to find executives with the vision you need
May 13, 2019 by E.J. Dieterle in Startups

There are few segments of the overall technology sector quite as exciting as autonomous driving. Plenty of consumers realize this, as a study from the Capgemini Research Institute entitled "The Autonomous Car: A Consumer Perspective" pointed out: More than half of those interviewed by Capgemini researchers (63%) said that self-driving cars would likely be their "preferred mode of transportation" by 2029.

Numerous automakers have already broken ground on autonomous vehicle development plans. Competition is mounting between vehicle manufacturers – as well as firms developing computer processors and other systems essential for these cars' operation – over who can be first to market with the most dazzling products. Any company planning to enter this market, or solidify presence within it, must take the time not only to thoroughly research the subsector's biggest developments but also consider whether the firm's leadership is up to the industry's challenges – and if not, to pursue executive recruitment options.

"Most conversation to date has focused on the technological evolution of driverless cars, so it's hugely encouraging to see the potential benefits that the technology enables are resonating with future passengers. Customer expectations of in-car experiences will not only impact the automotive industry but other industries like media and entertainment, retail, and healthcare as well, paving the way for…collaborative business opportunities."

Consumers believe in the value of autonomous vehicles: More than half of Capgemini's survey respondents expecting the cars to drop off or pick up friends and family and 49% saying they're comfortable with self-driving autos running errands for them. That said, consumers also want to be sure the vehicles and their onboard computer systems are reliably secure, and will likely not buy them en masse until that occurs.

Fierce competition among conventional automakers, rideshare tech giants
Toyota announced May 2, 2019 that it began to put together a venture fund of $100 million to bankroll startups and other small businesses involved in creating technologies essential to autonomous driving. According to CNBC, the firms Toyota aims to support are working on various breakthroughs in artificial intelligence, robotics and other related systems. The Japan-based automaker will face considerable competition from Ford, Daimler, BMW and other big industry names.

However, the most dramatic corporate battles related to autonomous driving may be those between ride-sharing app developers Uber and Lyft, both of whom have announced intentions to add self-driving cars to their fleets. A separate CNBC report noted that Lyft made a deal with Waymo, Alphabet Inc.'s autonomous vehicle subsidiary, while Uber had an active partnership with Toyota, who has already poured almost a billion into Uber's self-driving initiatives. The two dominant players of the rideshare market, however, may eventually face more competition – from Tesla, as idiosyncratic CEO Elon Musk recently said his company's electric vehicles could easily become autonomous taxis operated by individual owners.

If your business wants to be directly or tangentially involved in the fast-moving sector of autonomous vehicles, it's pivotal to find a chief technology officer with a strong vision for an organization's place in that sector. That's where YES Partners comes in. YES Partners will help to bring in the RIGHT qualified candidate with high-level tech experience to help better position your firm in the autonomous vehicles market. To see some of the roles we have already successfully placed, click here.