Dispelling the myths around hybrid and remote work
October 14, 2022

How to find the right executive replacement
October 4, 2022

Why you should engage a third party for talent acquisition
September 29, 2022

The most important things to adopt as part of your workplace culture
September 28, 2022

How AI is being used in job recruitment
July 19, 2022
To find People is Easy, to find the Right People is not.

Is there a difference between a chief human resources officer (CHRO) and chief people officer (CPO)? 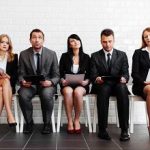 Discover the talent that you’ve been missing out on 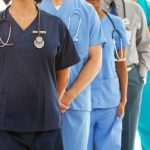 Chief human resources officer, or CHRO, is a legacy term in the corporate world. However, over the last few years or so, we're starting to see a CHRO evolution of sorts. In a lot of offices across the globe, chief people officer (CPO) is becoming a more widely used term – but what exactly is a CPO and are the responsibilities of the role really any different from those of a chief human resources officer?

There are inherent similarities between what a CHRO and a CPO are responsible for, mostly because the former has evolved from the latter. However, key differences are starting to take shape. In the future, we may see these two roles become wholly separate in terms of corporate governance and structure. But for now, they remain attached at the hip.

Chief human resources officer
A CHRO is responsible for overseeing all aspects of human resource management within an organization. Traditionally, this means that they have a focus on policies, practices and operations, and a heavy hand in things like compliance and government regulations. To summarize everything a CHRO is responsible for is tough since they oversee so many things, but here's our best shot: policy and process.

Chief people officer
Although this role has been around for a while, it's still somewhat fresh and certainly something new when compared to the traditional role and responsibilities of a CHRO. While chief people officers are still widely responsible for almost all of an organization's HR functions, they've adopted a new, key specialty that sets them apart from their sister-role: the development and implementation of strong company culture.

And this is precisely why we are calling it an evolution. CPOs are, for the most part, CHROs with a growing focus on company culture. They're strong leaders with great emotional intelligence and a knack for bringing people together.

The future of the chief people officer

A strong and healthy company culture is of growing importance to active job seekers. We might even say that it's becoming paramount for prospective employees. In fact, according to the Society for Human Resource Management, 30% of job seeking millennials consider an organization's commitment to a diverse, inclusive and caring workplace culture a top priority. This also includes things like opportunities for professional growth, sense of purpose, quality of leadership and more.

Having a capable CPO is conducive to a strong and healthy workplace culture within your organization, which is becoming of paramount importance for most job seekers – especially millennials. Taking the time to evaluate your own internal structure can help reveal whether or not you're adequately meeting the needs that most individuals have come to expect from their employers. Click here to see just some of the positions we have placed.

Here's how you can attract highly qualified candidates by boosting…

Here's how your company can maximize employee morale to increase…

Learn how you can unlock passive talent pools to attract…