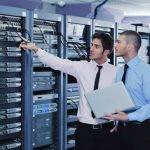 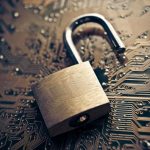 Given the widely reported, wide-ranging ambitions of CEO Elon Musk, those with an eye on the burgeoning autonomous driving field likely aren't surprised that Tesla aims to be a major player within it. Last week, the luxury automaker announced it would add self-driving capabilities to a swath of its vehicles before 2019 is out via an over-the-air, vehicle-to-infrastructure upgrade to the cars' firmware.

The possibilities inherent in such a development, should it be successful, could galvanize competition in the small but growing market. But some C-level staff in rival firms aren't convinced Tesla is as ready as it claims to be, and various government officials in transportation oversight departments are concerned about safety risks associated with a rushed rollout of autonomous capabilities.

Tesla's current plan for autonomous vehicles
The Washington Post reported that Musk first stated his intent to make Tesla sedans self-driving at the organization's Autonomy Investor Day earlier this year, saying the cars could be ready by 2020.

"By the middle of next year, we'll have over a million Tesla cars on the road with full self-driving hardware," Musk said, according to the news provider. He added that the vehicles would achieve "a reliability level that we would consider that no one needs to pay attention … meaning you could go to sleep. The fleet wakes up with an over-the-air update. That's all it takes."

By mid-July, the company had amended its plans to say the autonomous capabilities would be ready in 2019.

Tesla skeptics' safety concerns
LIDAR (Light Detection and Ranging) is one of the key features of autonomous vehicles, according to PAVE, a nonprofit association representing the sector. Laser light-powered LIDAR sensors, working in tandem with more traditional radar and cameras, help detect obstacles in the path of a self-driving car, including pedestrians and other vehicles.

The Teslas to be updated through the aforementioned over-air transmission don't have LIDAR, and the company has no immediate plans to add the technology to them; Musk called LIDAR "lame" at the April investors' event. But a former senior official with the National Highway Traffic Safety Administration, speaking on the condition of anonymity, told the Post that Musk's self-driving industry peers are quite worried.

"That concern among the industry writ large is real and valid because what potentially happens is you're going to see fatalities in the news attributed to Tesla vehicles and the response you're going to get from certain policymakers [will be] kind of a knee-jerk reaction," the official said. "[That affects] other manufacturers that were a lot more deliberate, a lot more careful."

Future implications
Whatever happens with Tesla's plans – success, failure or something between – there's no doubt that current and future competitors will need strong leadership to stake a successful claim in the autonomous driving field. YES Partners has the worldwide reach and proven record of success to assist organizations with such ambitions find the executives they need.